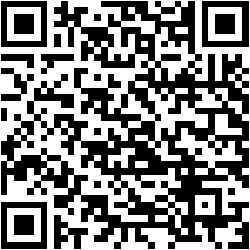 Athena Games is delighted to be holding an Android Netrunner Regional Championship on Saturday 10th June, through Sunday 11th June.

Due to people saying they'd rather have a single day event, we've decided to run the Regionals main event on a Saturday. This does mean we have to cap the event at 32 people.

We will be running side events on Sunday. Please see below for more information.

However, below you can see an estimated schedule of the day based on a minimum of 23 players turning up. We would like to make it clear that this is only an estimate and each round has been given a grace period for pairings to be calculated. If we are able to start a round sooner, we will.

Players are expected to adhere to the rules found on FFG's website and to read the FAQ before attending the event. They can be found here:

We also ask that players come equipped with a copies of their decklist for submission.

New products for the game that are released within 11 days of the event will not be legal to play.

We will have side events on the Sunday and you will be able to compete in these side events. You MUST play on Saturday to be eligible for this event.

The side event will follow the Cache Refresh format.

Players must construct a deck using traditional deckbuilding rules and the NAPD Most Wanted list. However, there are limits to the cards you may build with. You can only build a deck using cards from the following products:
-1 Android Netrunner Core Set
-1 Deluxe Expansion (Each player chooses which Deluxe Expansion they wish to use. You may choose a different expansion for your Corp and Runner Decks)
-1 Terminal Directive Campaign Expansion
-The Current Data Cycle: "Red Sand Cycle"
-The second-most current Data Cycle: "The Flashpoint Cycle"

Each round of a Cache Refresh event is 40 minutes and consists of one game. At the start of each round, players bid starting credits and cards (in hand) to determine who will play Runner and Corp that round. Players determine who starts the bidding at random. The starting player chooses which side they are bidding on (Corp or Runner), places the first bid, and then players take turns bidding increasingly more starting resources (the number of starting credits and cards) until one player chooses not to bid and passes.

If a game would end in a draw, the player who won the bid at the start of the round loses the game and his or her opponent wins the game.

A ticket for the event is £15.
You may purchase a ticket in-store or online.

The store is located in Norwich's city centre and is 15 minutes away from the train station on foot. Norwich's train station offers lines between Norwich, and major cities such as London, Liverpool, Peterborough and Cambridge.

If you are travelling by car, St. Andrews Car Park, and St. Giles Multi Storey Car Park are only 5 minutes away by foot and offer very competitive prices. You can find more information on those two car parks here:

Looking to stay the night? There is a Premier Inn just 5 minutes away on Duke Street.

Athena Games offer snacks and drinks in our store at a reasonable price. However, if you are looking to get something more substantial to eat, you are in luck as we are in a prime area of Norwich that plays hosts to many cafés, restaurants, and even pubs. Not only that, we have the best Fish & Chip shop in all of Norfolk on our very doorstep, Grosvenor Fish Bar.