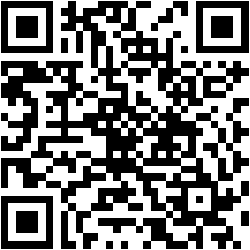 Do you tire of carefully balanced Netrunner? Miss the warm-bath feeling of cracking Jackson Howard to vanish some agendas? Fondly remember the phrase “Mill five, your turn”? Ever wondered what happens if you rub Midseason Replacements and High-Profile Target together really fast?

Eternal is a format that includes the entire printed card pool - from the initial Core Set, through rotated cycles Genesis and Spin, straight through the big boxes and current cycles and on to Revised Core and the post-rotation cycles that thought it was safe to print “Virus” cards without Noise in the pool, and wrapping up with the cards released at Magnum Opus. It’s a format defined by the power cards of the heady Netrunner days of yore but now with a few new friends to mix things up and make CI combos even wilder and more intricate.

To break in the format for real we’ll be running a Jinteki.net tournament this December 1st and 2nd to bring the band back together and to test the limits of what the format can hold. The primary benefit of this tournament, other than dunking pure uncut nostalgia on each other, is collecting some hard data on what attention the format needs to keep it rocketing along without going entirely off the rails and being dominated by one or two decks. We’ve instituted a preliminary Eternal-specific MWL just to keep the worst offenders out of the general population, but you’ll notice it’s a much more minimalist list than you’re used to. Say hi to your old friends Aaron and Estelle, and get ready to fight Mumbad City Hall once again. So bring your weird Snitch/Au Revoir/GPI Tap/Zamba deck that makes nine credits a click when it’s not spamming Account Siphon, and let’s see how it all shakes out.

This event will consist of several rounds of swiss (exact number dependant on attendance) beginning at 3PM GMT on 1 December 2018. The top cut (4 or 8, depending again on attendance) will be held the following day at a time most convenient for those who have advanced. If you’re interested in participating, please sign up here. You’ll be contacted via email with more information as the date draws nearer.

There’ll be no entry fee and lots of fabulous prizes - playmats, plastic IDs, and plenty of prizes from the new NISEI Q1 GNK. We’re also raffling off a complete, authentic set of the Magnum Opus/Worlds 2018 cards as a participation prize. Most of important of all - if we get at least 32 participants - the winner gets to design their very own card! That’s right friends, the Greatest Prize In Gaming is not dead, it just now comes in the form of a running argument with the dev team about why you should be allowed to make Medium 2.0. 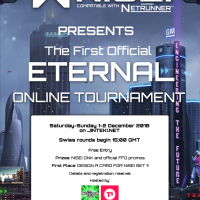