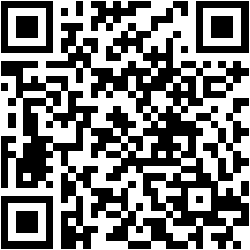 This tournament is intended as a relaxed, casual event after the stresses of Store Champs, Regionals, Nationals around Europe and Worlds, and an opportunity for us to make a donation to a charity here in Sheffield which provides over the Holiday period for a huge number of seriously ill children.

100% of the total entry fee raised by the ID Auction will be donated directly to the Sheffield Children's Hospital Charity (details here ) and is a fully registered charity event with the hospital.

To enter this tournament, rather than paying a fee and turning up with your decks on the day, things are going to be running a little differently.
Using the online silent auction site 32auctions.com, I'll be listing over the course of two weeks, 2 sets of 16-item auctions, each containing a pair of Identities, one known, one hidden. The first week will list 16 Corp IDs with hidden Runner IDs, and the second week 16 Runner IDs with hidden Corp IDs. Each pairing will come with a cryptic title which should allude to the identity of the hidden ID. The winners of each auction must use the two listed IDs as their IDs for this tournament.
The tournament will have only 32 maximum players - there will be 31 different Runner IDs (including Elle and Omar) and and 35 different Corp IDs, so there will be 3 Corp IDs which do not appear at all (they will be outlined before the auction takes place) and only a single Runner ID repeat. Once an auction has been won, either a JustGiving donation, or a cash donation on the day for the amount of the winning bid will be your entry fee.

The tournament will be 6 rounds of Swiss with prizes determined by ranking after the 6th round.
We will also be observing the Opening Moves Amnesty, meaning that players will be allowed to proxy Jackson Howards for their decks should they not already own them.

I've never been to a tournament before...

The intent is to make this tournament accessible to everyone, from hardened veterans to people with a single core set. If you've never been to an event before, don't be intimidated, please come and play, and there will be special additional prizes for those who aren't the Regional/National champions of the world.

It wouldn't be a tournament without prizes, and for this one, I have tried to get a number of things that would appeal to the Netrunner community.
Currently, just for winning any auction, you will receive a pair of custom-made alt-art cards for your faction, examples of which are in the photos below.
In addition to this, the following prizes* will be on offer:-

*These things are all in-progress at the moment but something might happen to mean these prizes don't materialise. Rest assured I am working hard to get them sorted out.
** Spraypainted Golden

While planning for this event, I have been reaching out to the voices in the Netrunner community for some assistance, and I am very excited to announce that the good people at RunLastClick, The Winning Agenda, Team Covenant, Dead Channel/NeoReading Grid, Terminal7 and ANRBlackHats, as well as the UK National Champion have all agreed to nominate ID pairings which represent themselves; the winners of those Auctions will receive two copies of their alt-art IDs, one to play with, and one signed by the people from those fine Netrunner institutions.
There may also be further exciting news on the horizon...
If you would like to help in any way, by donating additional prize support to the event, or if there is something else you think you can assist me with, please send me a message here on Facebook or catch me on Twitter at @NotTopGearRH.

Number of players: 32
only swiss rounds, no top cut