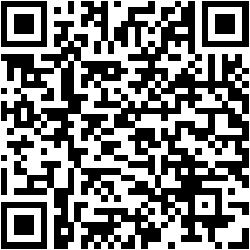 Given the amount of effort that Richard Hammond has put into Charity Gift 2018, we thought we’d take advantage of the presence of so many players in Sheffield to run a President of Servers event on Sunday 11th November, along the same lines as the UK Nationals President of Servers run by Alex White.

We will be holding the event at The Hide, Scotland St, Sheffield S3 7AA, registration will be at 10 am for an 10:30 am start.

Tournament Details
For those not familiar with team Netrunner events, the concept is as follows:

Teams of 3 each register for the event via this website.
No two players on each team may play the same faction, either as runner or corp. Mini-factions are considered a single faction.
We will play 4 or 5 65 minute rounds of Swiss, depending on the number of teams registered.
Prestige is gained as in regular Swiss, with the total team prestige for each round counting towards their total score.
Teams will be paired according to Swiss rules, with teams of like total prestige facing off. Players in the matchups will then be seated in order of their individual prestige, so the highest prestige player on a team will play the highest prestige player on the opposing team, and so forth for the remaining two players.
Team talk is allowed - encouraged, even! - except during the last 5 minutes of each round.
Deckbuilding rules are as follows:

Food and Drink
The venue has an on-site cafe which can provide hot drinks, cakes, and a pre-booked sandwich menu on the day. There are several local food establishments within walking distance.

Fees and Prizes
The entry fee for the event will be £15 per team, to be paid on the day.