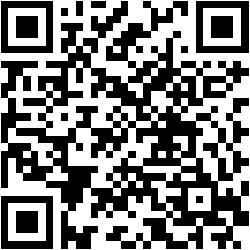 For the third year running, I am proud to annouce that Sheffield will be hosting, with the assistance of the fine people at Patriot Games, our annual Charity Gift Netrunner Auction Tournament in support of Sheffield Children's Hospital.

If you're not familiar with the format, here's how it shakes out. This will be a 32 person tournament, where the tournament tickets are auctioned in sets on the site 32auctions.com. Each tournament ticket will not only allow you to attend, but also put limits on the IDs you are allowed to play - essentially, you will be buying the exclusive rights to play a particular pair of runner and corp IDs.

For the first time in Charity Gift history, there are now enough IDs on both sides to allow a field with absolutely no repeated IDs. So if you are the player who ends up buying the pairing including HB:ETF, you can be sure that no-one else will be playing it.

In addition, several of the ID pairings have been selected by luminaries and influencers in the Netrunner community, including RunLastClick, The Winning Agenda, Dead Channel, Beyoken, Netrunner Lead Designer Michael Boggs and World Champion Chris Dyer amongst many others.

Every pairing will come with a set of custom-made Alternate IDs for the IDs of your choice, and in the case of the celebrity pairings, a second set of IDs signed by the pairings' sponsor.

The tournament will be littered with prizes, including signed art prints from Matt Zeilinger, official FFG mats, acrylic flip IDs, alt art cards and vinyl tokens. In addition, this year I'm very excited that the very talented Owen Alexander a.k.a. Shipmentofheadcrabs will be providing the art for the Charity Gift official Top 4 playmats. And of course, there will be a third incarnation of the infamous Golden Handbag Girraffe trophy for the eventual winner.

As with previous years, every penny spent on the auctions, and on other side events will go directly to the charity. Every part of this event, including the venue and all the prize support, will be covered by me and by the very generous contributions of the Netrunner community.

The event will take place in Sheffield, and will be a 5 round swiss with no top cut and no IDs; the mood is usually very light and casual, so if you are intimidated by the thought of playing in a tournament for the first time, this could be an excellent way to dip your toe in the competitive community.

Hopefully, as with last year, we will have sufficient prize support to ensure that everyone, regardless of ability level, will go away not only having played several fun games of Netrunner and the warm feeling of having supported a fine charity, but also with some swag for thier troubles.

As last year, the pairings will be listed on 32 Auctions the Monday after Nationals weekend, with each pair showing one known and one unknown ID, and a cryptic clue as to what the unknown ID would be. Bidding for the first set of 16 auctions will start the following weekend and run for a week, then the second set of 16 auctions the following week.

Follow the event for more information, and if you have any questions, please let me know in the comments, or tweet at me at @NotTopGearRH on Twitter, or find me in Stimhack Slack in the #uk Channel as @highwire.

Number of players: 32
only swiss rounds, no top cut