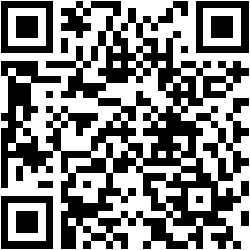 The tournament will happen on the Null Signal Games Discord server. Please join there for further announcements on the day and be there 5 minutes before the live draw for further information.
Live-streamed draw of the legal card pool: 3pm UTC
Tournament start: 2 hours later at 5pm UTC

The Tournament
The pop up return of the Random Access Memories format. It is free for anyone to enter (as there are no prizes apart from bragging rights).

The tournament starts at 3pm UTC with a live-streamed draw on the Null Signal GamesTwitch channel of the legal card pool (see below).

Afterwards a 2-hour time period for deckbuilding starts. Registering your decks in under 45 minutes gives you a bonus of 3 prestige points before the first round of Swiss.

The tournament will consist of 3 or 4 rounds of double sided Swiss (depending on attendance), followed by a top 3 cut.

To join the tournament, log into the Null Signal Games Discord server for further announcements on the day and be there 5 minutes before the live draw for further information.

The Format
Random Access Memories is a recurring format with a two week rotation. At the beginning of each two week period, two large releases and 12 data packs will be randomly determined to form the card pool for the tournament and following two weeks.

The card pool consists of two large releases and 12 data packs drawn randomly. We will be excluding the packs selected in the previous iteration of RAM from the eligible pool of sets.

For further information on this process, read the format announcement article.

Number of players: 11
only swiss rounds, no top cut