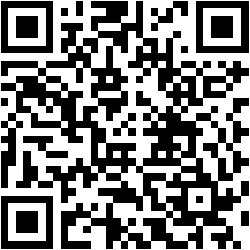 What is it?
This is a fun and casual Netrunner event with an alternative format which is focused on the social aspect of playing Netrunner together and exploring parts of the cardpool that are seldom or never seen in competitive play. There will be participation prizes for all participants, as well as further prize support, including prizes for the most creative decks.

How does it work?
Each participant will choose one card from each of the lists below (one for runner, one for corp). At least two copies of the card have to be included in your deck. For the purpose of this format, the chosen card incurs no influence cost. Otherwise, the normal deck building rules for the NISEI Standard format apply, although the new Downfall set will not yet be legal. Proxies are allowed in line with NISEI’s proxy policy.
Cardlists can optionally be submitted to the event organiser Charlotte before the event to be eligible for the “most creative deck” prizes.
On the night of the event, we will play three rounds of Swiss, 2 matches each round.

While full net-decking is discouraged, seeking deckbuilding help and inspiration from other players is explicitly encouraged, and newer players are welcome!

Prize support
Participation: NISEI Q1 2019 Rashida Jaheem (2-3 dep. on participant number)
Most creative decks: Charlotte will choose at least 1 runner and 1 corp deck to receive 1 extra card of choice from the mixed prize pool, based on particularly creative inclusion of your listed cards.
Did your card work? After every match, note down whether the selected card in your deck did its thing and had an impact on the game. 1 extra card from the prize pool per 2 matches (rounded up) where this was the case! (Remember, this is a casual event, so this is on the honour system.)

When/ Where/ How much?
Pre-registration via e-mail (flottelotte236@yahoo.de) or on alwaysberunning.net (though ideally not both) strongly encouraged!
Tuesday, 19th of March, 19:00
Demospel Leuven
Ticket price: 5€

Additional prizes can be picked freely from a pool of gorgeous alternate art cards, containing among others:

Number of players: 5
only swiss rounds, no top cut