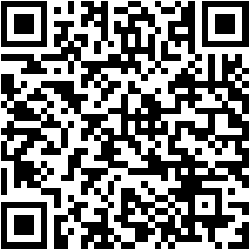 Similar to Fantasy Flight Games, we act fast, make announcements and then change everything. Starting from October 1st, Genesis and Spin-Cycles are not longer tournament legal and the cardlist from the Core-Set is replaced with a REVISED version (some old core cards are banned, replace with some cards from the first two cycles). Whether you like it or not, this will have a big influence on the current Meta and Decks which will be played at the World Championship 2017. The initial idea of pitching the original World Champion decks of this and the past years against each other no longer makes sense, in our opinion, because the gap between these decks will be too big.

We now take the chance to make our first POST-ROTATION tournament. Bring your new, revised decks to our unofficial “World Championship 2017 Zurich”.

The “World Championship 2017 Zurich” will be hosted one week after the official FFG World Championship in Roseville, MN, USA. It’s open for all players of all levels who would like to play a relaxed tournament with 4 swiss rounds. If you never played a tournament, you don’t have to pay any starting fee.

Tier: Relaxed
Tournaments at this level are welcoming to all players, regardless of experience level. Players are encouraged to help each other improve and learn, so long as it does not significantly disrupt the game. The focus is on creating a fun and friendly environment.

Number of players: max. 16
Tournament organizer (TO): Chiphead404
Judge: Nembras
Note: Just a heads-up, TO and Judge will also participate, but will always be ready to help or solve problems.

Nicknames: The ranking list will be published online. If you don’t want to see your real name somewhere in the www, please send your nickname with your registration.

Car Parking: There is a car parking next to the Eyhof.

Food: Please order your drinks at the Restaurant. Food can be ordered after round 1 or you can eat something outside.