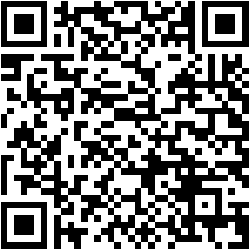 "post-tourney report"
I don't really have a report XD (Boo)
& I can't say this hasn't been the best month ever for me lol.
But this wasn't 11 hours of Netrunner, 5 rounds of Swiss and Top 8 Double Eliminations, 32 players. We were really few, and I didn't really do all that well for someone piloting tried & tested netdecks. I lost thrice to good' ol Siphon Criminials. I did just enough, but I believe with even more players things would've turned out very differently.
https://alwaysberunning.net/…/neutral-grounds-philippines-r…
Still so much to learn, but always already so much to be thankful for.
Everyone brought their A Game!
Multiple metacalls of deck choices!
All factions represented!
Top3 all different IDs!
"Quality games"-@Gerrett
& as Joaq always puts it, "This is why we play Netrunner."
--bestgaem!
On deck choices, I'm certainly not the best in using the powerful SiphonAnarch archetypes or Moon & Friends decks, not even the viable-since-Worlds-to-Euros Boom Sync.
I never thought I would be able to play CI7. After trying it for the first time & winning my first Store Champs during Toycon, I wanted to risk it in a bigger tourney.
I studied the Cookbook but CI7 is easier today because of all the new Clearances paving the way to draw your deck despite Power Shutdown errata.:D
Dyper is harder than it looks and works better as a surprise.:))
Dale has been saying Kate is better than the Haley build. He right.
First game after SC Bye was Joaq:
Joaquin Almirante plays the best "Good Netrunner": maximizes fundamentals, analyzes the better play, plans turns not click, and he's a stickler for the timing structure haha. I have a high regard for his love of the game.
I whiffed my Corp combo before (even when I was using Railgun), and I kinda did again. I managed to pull it off once, but for the most part Employee Strike shut my Corp down while being Siphoned to the ground before a very ripe Legwork.
I later faced Joaq again for about 5 times on the day!
Crazy we had to face each other again in the finals!
Cut to top 8:
After getting 1 agenda off Archives against Andre (who drew more money than ice), I used most of my 14 clicks getting a Keyholed FuturePerfect (and later the unpayable Obokata) off the FilmCritic (AgInfusion tech).
I miserably lost against his E-strike Andy before finding out Top Cut played only one (thankfully the first) side lol.
2nd match I finally win against Joaq's Medium dig by hiding all the agendas in HQ.
Next was CerebralImaging versus the distruptive DLR MaxX.
What felt like a race between setting up for the first of many sihpons+Mill and drawing all the pieces I needed, I triple-iced HQ.
His heap however was completing the conspiracy breakers.
So much for my swordsmen.
The big make-or-break turn opened with Siphon while a third of R&D was left.
With all the credits I had left, I pressed the panic button to siphon myself!
I drew the rest of my deck, counting, leaving just enough (4) for when DLR comes down.
He siphoned my remaining credit, installed Data Leak Reversal,
proceeded to mill with the remaining Joshua B. clicks.
With zero creds, I mandatory draw the last card and use Reuse for the first time.
I chuck about half of my 30-card HQ to gain a ton of credits.
Then double Biotic to regain a full turn worth of clicks.
Then Combo out. really slowly, carefully scoring 7 points.
As with most of my matchups vs the great @Kookoobah 先生 my last turn really takes a lot of time before I get daleswept. I've only won once ever a few tourneys ago (by sneaking out an agenda among spammed assets).
Today marked the 2nd time. Had to take a blurry pic with my old phone lel.
After a long wait (goodtalks with Milan & Jagunap) while the others had very intense & epic matchups,
everybody else left for home and then my wife arrives for the Finals.
I lost again with CI vs Joaq for our first finals match!
Thankfully twice to beat, I made sure I didn't make the same mistake when he quickly flatlined my Runner during swiss.
I quickly diesel'd for my anti-Sync tech (Nach) so I could avoid the over advanced BreakingNews tags leading to Boom!
With Leprechauns loaded with Hyperdrivers, I Mad Dash the protected remote servers & clear the JHow saviors.
I win Regionals with DDOS attacks on R&D with EquivoKation Keyhole to "sift the most important data".
GGs.
I'd like to thank my wife @Emem for her support. +30% Winrate (Mon) (Thank you all for celebrating us too.)
I wouldn't be here in this cybergroup, and out there IRL in the wild if it weren't for this awesome community.
Thank you wonderful Fireswordfriends for a constant community of boardgames & this best game. Godwin Raphael Tere David Gerrett Joaquin Teddy, I treasure our Thursdays at NG Centris & the Ap!
Thank you Quimpos Dale Claudia Niño and their school of Netrunner & Life.
Thank you Neutral Grounds & Kiko Xavier for the bigboxes, organizing this Regionals & continually supporting ANR.
Thank you TheAppraisery's Joscar & Hesed for the datapacks and a home for many.
Thank you GamingLibrary & Daniel for keeping the game alive with plenty of accessible tournaments.
I also want to thank those who played before me, and also those who taught me how to run better (Philippine School of Netrunner).
I remember all the good friends that I've made, and we all miss everyone else who played the game.
We welcome players new & old to join this game that we love. What a game, Netrunner. 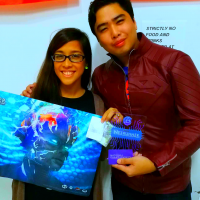 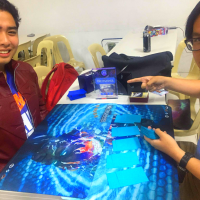 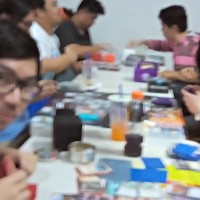