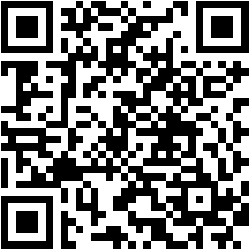 Welcome to The Game Shoppe’s, 2017 Android: Netrunner Regional event! This event is capped at 120 participants, and is first come, first served. Prepaid preregistration will be honored first, walk-ins will be allowed, if space allows.

Tournament Structure
The Advanced tournament structure caters to participants that enjoy competition. This structure provides a robust tournament experience that requires a substantial commitment of time and resources from organizers and players. The Advanced Structure is used for Regional Championship events.

Tournament Round
Times Each tournament round of Android: Netrunner is a predetermined length, giving players a certain amount of time to complete their games. A leader should start the timer for a tournament round after most players have found their seats and begun to set up. If a game has not concluded when the time for a tournament round runs out, the players play until they have both completed a turn (see “End of Game” on page 7). A tournament round’s length varies depending on the type of round.

Tournament Materials
Deck lists are required for this event. We will have blank ones on hand but, printed deck lists are preferred.

Card Sleeves
Players are required to sleeve their decks in opaque card sleeves for Formal and Premier events. Players may use different sleeves between decks, but all cards within a single deck must be identical in size, color, texture, and condition. At Relaxed events, if a player is not using opaque card sleeves, he or she must make sure that all card backs in each of their decks have a uniform appearance. Players should bring a few spare sleeves for each of their decks in case a card sleeve breaks or becomes unusable during a tournament.

During a game, if a player discovers they are missing a card from the deck they are currently using, they must concede the game.

If a player’s card becomes damaged during the course of a tournament, he or she has an opportunity to find a replacement. If the player cannot find a replacement, he or she uses a proxy card in its place for the remainder of the tournament. A leader will create the proxy, including the card name, any information that is no longer legible or available on the damaged card, the name of the leader who created it, and the date it was created. The original card must be kept facedown and nearby, available for reference when the proxy card is played.

Tokens
Tokens are representations of information about the game or game state. The presence of tokens is marked by one or more indicators. Indicators may also be used to represent multiple tokens, or other open or derived information.

Typically, players use the cardboard tokens included in official product as indicators. However, players may choose to use other items as indicators, so long as they do not obscure significant component information, are resistant to accidental modification, and their purpose of use is clear to both players. The marshal is responsible for determining the legality of an indicator and its reasonable use during a match if objected to by its owner’s opponent.

Legal Products Players may use only official Android: Netrunner components in tournament play, with the following exceptions for third-party replacements:

Determining the legality of any questionable third-party tokens is the marshal’s responsibility. Proxies of cards are not allowed unless used under the rules of “Lost and Damaged Cards” on page 4.

All Android: Netrunner components are legal for Standard Play tournaments.

For Premier events, all product is legal in North America 11 days—typically the second Monday—after the product’s official release (June 8th, 2017). Official dates will be updated on the Product Legality page on FFG's website.

About the Venue
We sell snacks and drinks such as soda, chips and candy bars. We do not allow outside food and drinks, such as: bags of chips, outside bottles of soda (2 liters) and so on. If you are bringing in your meal and a drink is included, that is the exception.

We have several fast food options near the store, four of which are within walking distance:
Korean Grill
Taco John's
Jimmy John's
McDonalds

Hotels
If traveling from out of town, we have several hotels close by. If there is enough interest, we will see about getting a block or rooms at a discounted rate for the folks traveling in.