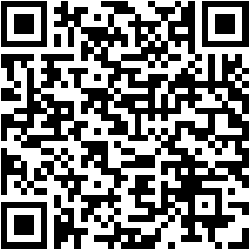 The second season of Lockdown continues!

A meta might be ending, but we're going to ride with it into the sunset. SBL 2110 is here, yet we are going to stick one last time to SBL 2106 to bid it a fond farewell.

Anyone and everyone is welcome to sign up, as long as you can participate in both the Swiss rounds (4) and the Top Cut games (double elimination).

REGISTRATION ONLY THROUGH THIS FORM

If you registered via ABR, you are not automatically included in the event, sorry! This is due to the specific requirements for player/deck information before the game.

(A reminder that "local time" for this event = this)

Important: with lower player counts the tournament might be skipping the Top Cut phase and announcing final standings after the Swiss rounds

Outside of these rules, the game plays identically to Standard format. Rotation and the latest Ban List are in effect.

Question: Does the ID point limit count for using DJ Fenris ?
Answer: YES IT DOES - YOU CAN'T dance to DJ FENRIS with another RUNNER that has an illegal/excessive ID cost.
Runner ID + Corp ID + Runner ID hosted on DJ Fenris have to have an ID cost equal to or lower than 10

There will be streaming happening, mainly via Twitch. All explicit requests to be streamed will be considered.

If you are not OK with being on the stream with your game(s), please put "DNS" at the end of your table name on jinteki.net during the tournament (but do allow spectators, for TO calls!). All requests to not be streamed will be honoured. You can absolutely change your mind about being on/off stream in between rounds - just don't forget to use the "DNS" code, it will make my life much easier, thanks!

If you want to co-stream the event, please coordinate with the TO to avoid crossing the streams (they say it's dangerous). Also, consider getting a free listing in the community directory.

AgInfusion: New Miracles for a New World
The Outfit: Family Owned and Operated

Harishchandra Ent.: Where You're the Star
Hyoubu Institute: Absolute Clarity

This is a community-sponsored event and there are no entry fees.

The physical prize pool depends on the amount in the tip jar. Donations are completely optional and not required for the event to take place.

Please note that due to the current global situation getting physical prizes sent to you might take a while - thank you for understanding!

The tip jar is here. If you are not happy with the available tip jar option and would like to contribute in a different way, please contact the organizer - thank you!

If you are a community artist/creator and would like to showcase/promote your work on stream/during the tournament, please contact the organizer - thank you!

As always, thanks to the supporters and sponsors of the series. Your support makes the prizes better!