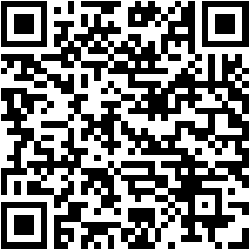 Online
For the Swiss Netrunner Meta and friends

for this Tournament will be Startup, so the legal cardpool consists of the two new sets “System Gateway”, “System Update 2021”, and the latest Cycle “Ashes” (“Downfall” and “Uprising”).

are required and will be locked in at the beginning of each round, but players are able to swap decks entirely between rounds using the decklist resubmission form below. This means you are able to play different decks / different ID’s entirely each round, make minor tweaks but play mostly the same decks, or play unchanged lists the whole way through the swiss. Submit changes to your decklists before the new pairings are out, as it would be unfair to change anything after you know who your opponent is or the ID he is playing.

This tournament is open for inexperienced and experienced player alike. It is meant as a casual event to familiarize yourself with the game, get to know the new cards and also to get in touch with the community again.

Here is some information: A website with a lot of useful and well organized Netrunner-related links that help you get your bearings and learn what you have missed:
Near-earth Hub

I recommend taking a look at the new Nisei Website. If you have any questions or need help, please ask the TO on discord.

Prizes will be announced later.