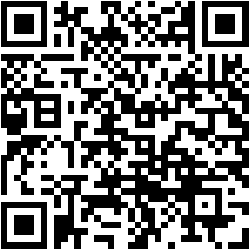 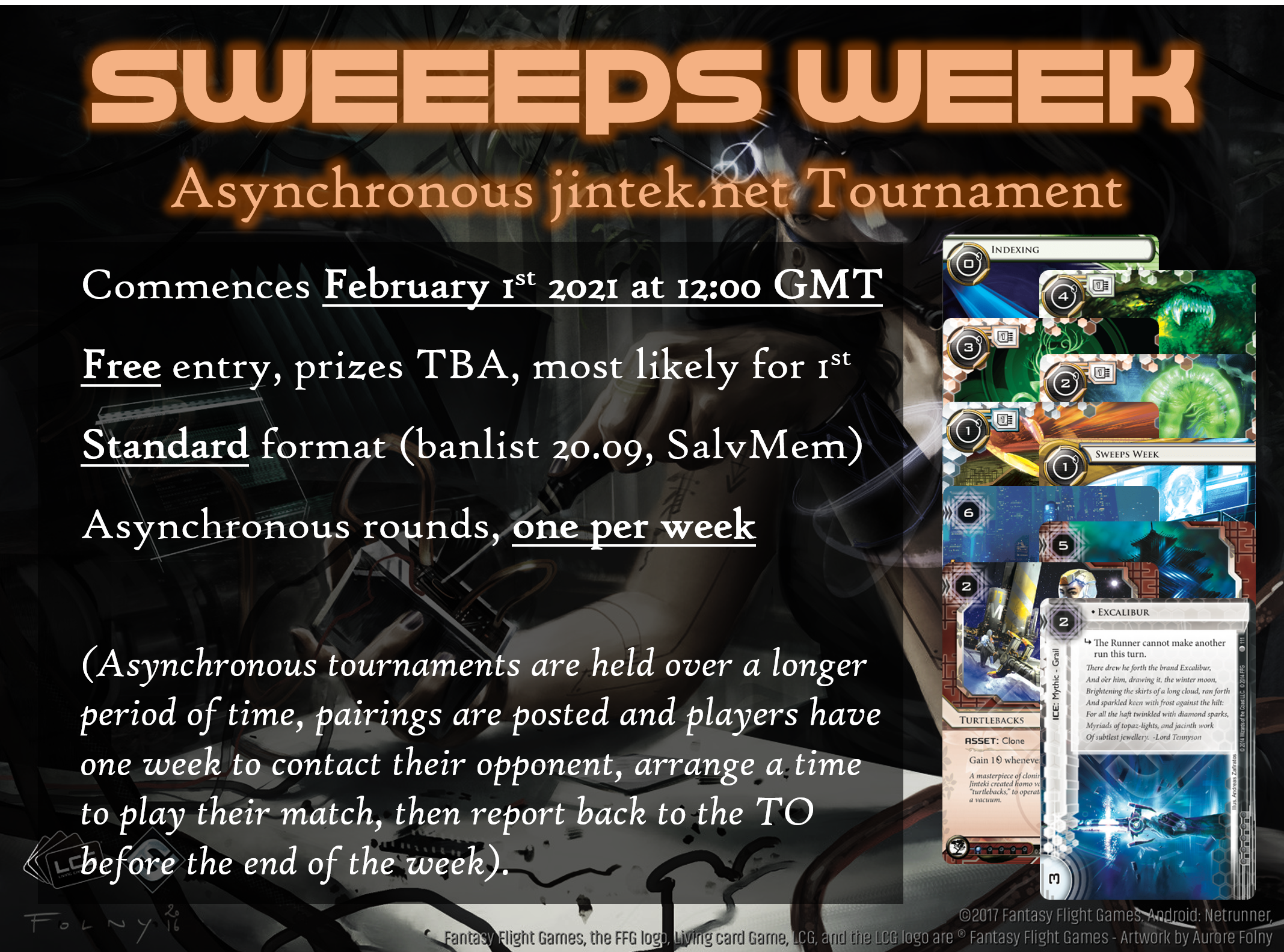 Registrations are open and close 1 hour before the event begins. Late registration may be possible but are discouraged. The pairings for this event will be posted in the #weekly-meetup-1 channel of the NISEI Online Event Hub server on Discord. Pairings are found at cobr.ai/24q7

Android: Netrunner asynchronous tournament open to players from all regions and at all levels of play. Rounds will be played at a rate of 1 per week, with pairings posted 12:00 GMT each Monday starting February 1st.

Decklists are required and will be locked in at the beginning of each round, but players are able to swap decks entirely between rounds using the decklist resubmission form below. This means you are able to play different decks entirely each round, make minor tweaks but play mostly the same decks, or play unchanged lists the whole way through the swiss. Players who make the top cut will be able to choose from among any of the decklists they used during the course of the swiss for their top cut list, but will need to play the same list for the entire duration of the cut.

For inexperienced jinteki.net tourney players; this event should give you a taste of what asynchronous tournaments are like, and expose you to a variety of decks and strategies in the Salvaged Memories standard meta.
For the experienced; this event should serve as a good opportunity to try out some lists, sharpen those plays and run some servers.

Official start time is 12:00 GMT on Monday the 1st of February. Check what this is in your personal time zone by using this converter.

Planned structure is a swiss into top cut, depending on attendance numbers. The tourney will be run via cobr.ai and Discord, so make sure to join the official NISEI Online Event Hub server if you haven't already over at https://discord.gg/EpWuadb

Prizes will only be for first place due to the free nature of the event, and have unfortunately not yet been selected.