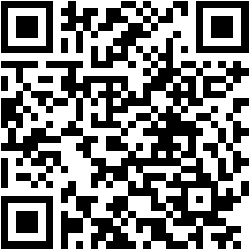 With absolutely no gap between Leagues this time and pushing right on through Christmas, a time when Leagues are typically nowhere to be seen this event is going to please a lot of LCG players in Brisbane.

Despite the discontinuation of Warhammer: 40,000 Conquest we still have one final (new) prize support kit for the game and it will be included in this League.

This League we introduce and include Star Wars: Destiny! While no official prize kits have been revealed or made available we'll be using Boosters as prizes.

Players will also be allowed to score points through playing the Arkham Horror LCG, however there is no prize support for this game currently.

Doomtown: Reloaded, like Call of Cthulhu has now been removed from the list of games with prize support. Players are still more than welcome to play these games for points however.

This League features brand new prize support in the form of the Summer 2016 kits from Fantasy Flight Games.

If you aren't a member already, join the Living Card Game Brisbane Facebook Group, most of the chatter takes place there - https://www.facebook.com/groups/421176287969190/

As an alternative we are allowing players to join the League for FREE. We will track your points and progress however you will not be eligable for any prize support.

IMPORTANT: If any of the games achieve eight or more preferred game players, a second prize kit will be added to the prize pool.

FORMAT:
Upon joining the League participants will be required to choose their preferred game. Valid choices are limited to - Android: Netrunner, Warhammer 40,000: Conquest, Star Wars, A Game of Thrones or Star Wars: Destiny.

Participants are welcome to play ANY of the games included in the League and regardless of the game played may choose to play a 'ranked' match.

Participants are also welcome to play Call of Cthulhu, Warhammer: Invasion, Lord of the Rings, Doomtown: Reloaded or Arkham Horror to acquire points, despite no prize support being available for these games.

Participants can play a maximum of 20 ranked matches over the course of the League with a limit of three ranked matches on any given evening. This allows for players to catch up or finish early if needed.

Tournament Organisers may prohibit, at their discretion, participants from playing one another for 'ranked' games if it is deemed that an attempt to 'farm' points is taking place.

Particpants are responsible for informing Tournament Organisers of match results and scores, not the other way around. If you do not report your match you will not receive points. We urge you to report your results immediately after every match.

CASUAL PLAYERS:
Non-League and/or Casual Players are more than welcome to come down on a Tuesday evening to play games. You do not have to be a part of the League to enjoy LCG's at GUF, however we now support a 'FREE' entry option were we can still keep track of your progress without any cost or prize support.

PROXIES:
Proxy (Fake, Printed, Photocopied) cards ARE permitted in this League within reason. A couple of 'hard to obtain cards' is perfectly fine, a complete deck is not. If you are unsure, please check with the tournament organisers prior to play. Please ensure that all Proxy cards are indistinguishable from the rest of the deck when stacked.

SCORING:
Because we run multiple titles in our league, scoring has been an ongoing challenge, one that we continually try to improve upon. Previously we have used multiple scoreboards to track both symmetrical and asymmetrical games, however this led to a great margin for error in data entry.

We have now regressed back to a single scoreboard, however this time it is vastly improved with our knowledge gained from previous seasons.

You will only be able to acquire points once you have registered entry into the League. Sadly we cannot retroactively allocate points if you decide to join the League at a later date.

We urge you to check the sheet regularly to ensure accurate result keeping.

STAR WARS: DESTINY -
For each participant who select SW: Destiny as their primary game OR joins the League for FULL prize support we will add ONE booster to the prize pool. These will be opened and laid out on the table at the end of the League and drafted out, this gives the winner the chance to pick the best card/die.

Prizes are drafted out at the end of the League based on standings on the above scoreboards.

You will be limited to your game of choice for the first round of prize draft picks. Subseqent picks will depend on your entry fee. Those who entered the League with a 'Single Game' entry will only be able to take further prizes from their designated game. Those who entered the League with a 'Mutli Game' entry will be able to pick prizes from any game (again after the first round pick of their chosen game).

IMPORTANT: If any of the games achieve eight or more preferred game players, a second prize kit will be added to the prize pool.

ACHIEVEMENTS
Definitely one of the most fun parts of our Leagues are the achievements and we bring them back again for this event with all new ideas provided by our players at the end of the last League.

With all our achievements we expect a degree of effort to be put into it. A quick scribble on a piece of paper on the night wont do.

WEEK 1 (December 6th) - "I'M THE REAL ANDRU" - Wear a name tag that says your name is Andru. Profess to be the real Andru.

WEEK 2 (December 13th) - "SAILORS DAY" - December 13th is Sailors Day in Brazil. Why? I don't know but it is. Bring something to do with boating. Please don't bring large objects into the store. Dressing up as a sailor, or bringing a teddy bear in a sailor outfit is fine.

WEEK 3 December 20th) - "SECRET SANTA" - Bring a small (wrapped) gift and it will be randomly handed out to another player who also brought a gift. Don't spend more than $5 on your gift though! It's meant to be a fun achievement not an expensive one.

WEEK 4 (December 27th) - "LOOK WHAT I GOT!" - Bring one of your Christams presents to show everyone what loot you scored. If not practical, bring a photo of it instead. Show it around and tell everyone how awesome it is.

WEEK 5 (January 3rd) - "NATIONAL CHOCOLATE COVERED CHERRY DAY" - This is actually a thing in the United States. God Bless America. Bring a chocolate to share. Or cherrys. Or cherry's covered in chocolate. Or just a couple of cherry ripes.

WEEK 7 (January 17th) - "ROLE PLAYING" - Choose a character from your game and play a ranked game as if you where that character, mimicing speech, mannerisms and the like.

WEEK 9 (January 31st) - "PIZZA NIGHT" - Bring $5 cash to add to the kitty and we'll order a heap of pizzas from Dominos up the road. If you are vegetarian let us know so we can accomodate you. Vegan or don't have the cash? Bring a Vegan snack or something to share from home. Dinner will be ordered at 6:15pm for a 6:30pm pickup.

WEEK 10 (February 7th) - "FEEDBACK" As always, at the end of a League we ask you to give us some feedback, preferably on Facebook.

The store is located very close to the Fortitude Valley train station. For those looking to drive to this event we urge you to book your parking at the 'McWhirters' car park in advance as it's MUCH cheaper. It is recommend to park AFTER 4pm as the cost of parking drops significantly. Check the Living Card Game Brisbane Group regularly for discount codes.

Login via NetrunnerDB to register for this tournament.