Legal cardpool up to: Data and Destiny
MWL: unknown
Format: other 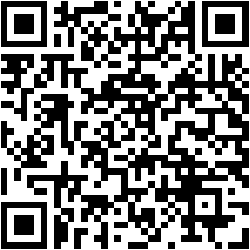 While we're all in quarantine I've heard two things above and beyond all others on stimslack:

So how about we really lean in to both of those things? That's right, it's the tournament we've all been clamouring for, a runback of the 2015 world championship. That is, the data & destiny meta before the first MWL was released, in the form of a fun online GNK, but let's give it a grandiose silly name for fun anyway.

For anyone who wasn't playing at the time or who has simply lost track in the intervening 5 years, these are the results of the tournament the first time round . Dan took down his second world champ in a row with EtF Foodcoats and DLR Valencia, Prepaid Kate and FastroBiotics NEH both took their last glorious rides before getting shredded by the MWL and Timmy and Dave Hoyland inexplicably came second and third with Reg Whizz and Leela.

We've played TWO whole test games of Endless Waltz vs Fastro and vs Foodcoats and they were both incredible so we can conclusively confirm that the meta is an absolute banger.

Any deck that would have been legal at worlds is permissible. Feel free to take a deck from the actual top 16, find a deck from the era on acoo or netrunnerdb or deck build entirely from scratch. Format wise we'll probably play a 4-5 round GNK with a small cut and entry will be free with a voluntary donation to charity.

You can't (easily) make a deck with 3 astros on netrunnerdb but you can do it on jnet, it will flag it as casual illegal but it lets you put them in.

Wireless net pavilion is forced to be unique on jnet, my recommendation would be to play with a different 1 cost resource (maybe Access To Globalsec and tick your link down 1 after installing it) then manually deal with the effect.