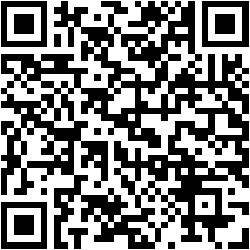 I've decided to start organising some Jinteki.net tournaments in the coming year, and for my first one, I'm trying to make as welcoming as possible for any new players who want to try playing in a semi-structured environment for the first time.

So, for the people interested, here's what you need to know:

It's happening on Saturday January 4th, starting at 12PM EST, going on for 5 rounds of Swiss, 65 minutes per round. In the first round, you'll be randomly paired up, and you'll play 2 games, 1 game for each side. Every round after that, you'll be matched up with someone who has won and lost a similar number of games, so hopefully you'll be playing with someone of your skill level.

It's going to be Drop in/Drop out, so if you can't be there for 12PM, you can join in for the next round. If you can't spend the whole day playing Netrunner, then you can just stop (though you should let me know).

It's going to happen on Jinteki.net, but it's going to be organised on the Netrunner discord, found here.

It's going to be Standard Legal. If you're not sure what that means, it's just a limitation on what kinds of cards that you can bring to the tournament in your decks. If you don't have any decks, I'll have of list suggested decks

There's not going to be any prizes for this tournament, unfortunately.

I'm planning on making some how-to videos for playing on Jnet, on importing decks, etc, so keep an eye out for those if you're interested.

Anyway, if you're interested, all you need to do is be in that discord server on January 4th, and we'll take it from there. If you want, you can @ me (mo0man#4940) in the server and I'll remind you the day before, or you can sign up below. If you want me on slack, I'm Terence

If anyone has any suggestions on how I can make this easier on new players, please let me know.

IF you're looking to share the link, you can use Tiny.cc/jnettourney

Number of players: 16
only swiss rounds, no top cut